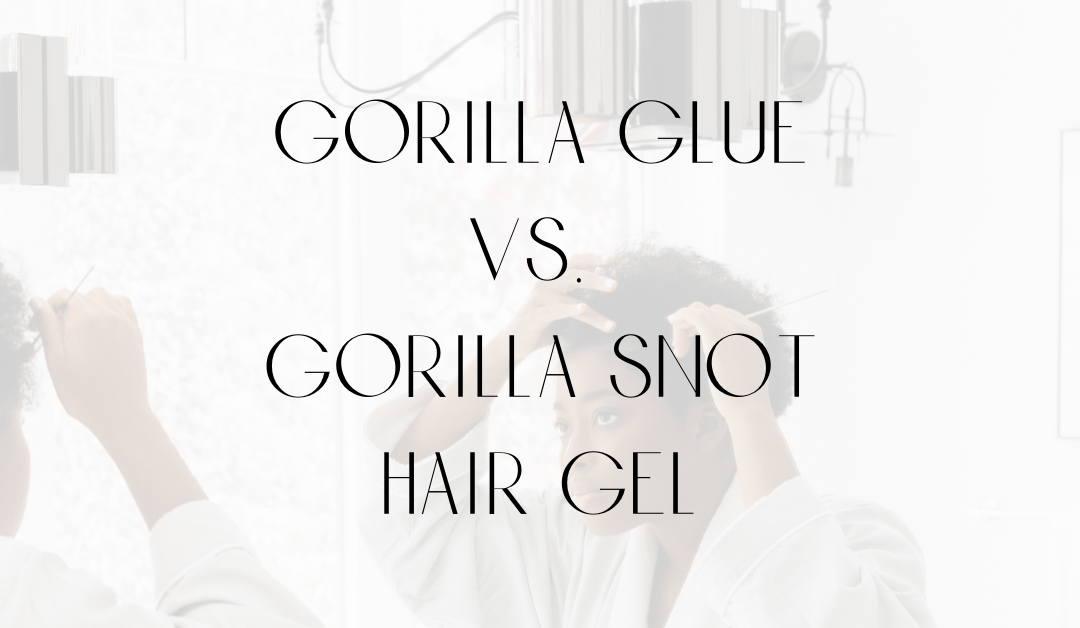 Unless you’re living under a rock, you’ve heard about the story of the young lady who put Gorilla Glue in her hair. Many indicated that she thought it was the same as the hair gel, Gorilla Snot.

When hearing about this, my trademark attorney ears perked. And I decided to do my own analysis on whether there is confusion between the two trademarks.

If you’ve ever thought about registering a trademark, likelihood of confusion is one of the analyses that a USPTO trademark examiner goes through to determine whether or not to register a trademark.

When looking for likelihood of confusion, the USPTO looks at many factors when deciding whether or not this would be an issue among consumers.

The first two are heavily weighted, and the rest are considered in a likelihood of confusion determination, if there is evidence in the record.

In this blog post, we are only going to analyze the first two factors (similarity and dissimiliarity of the marks and the relatedness of goods/services). 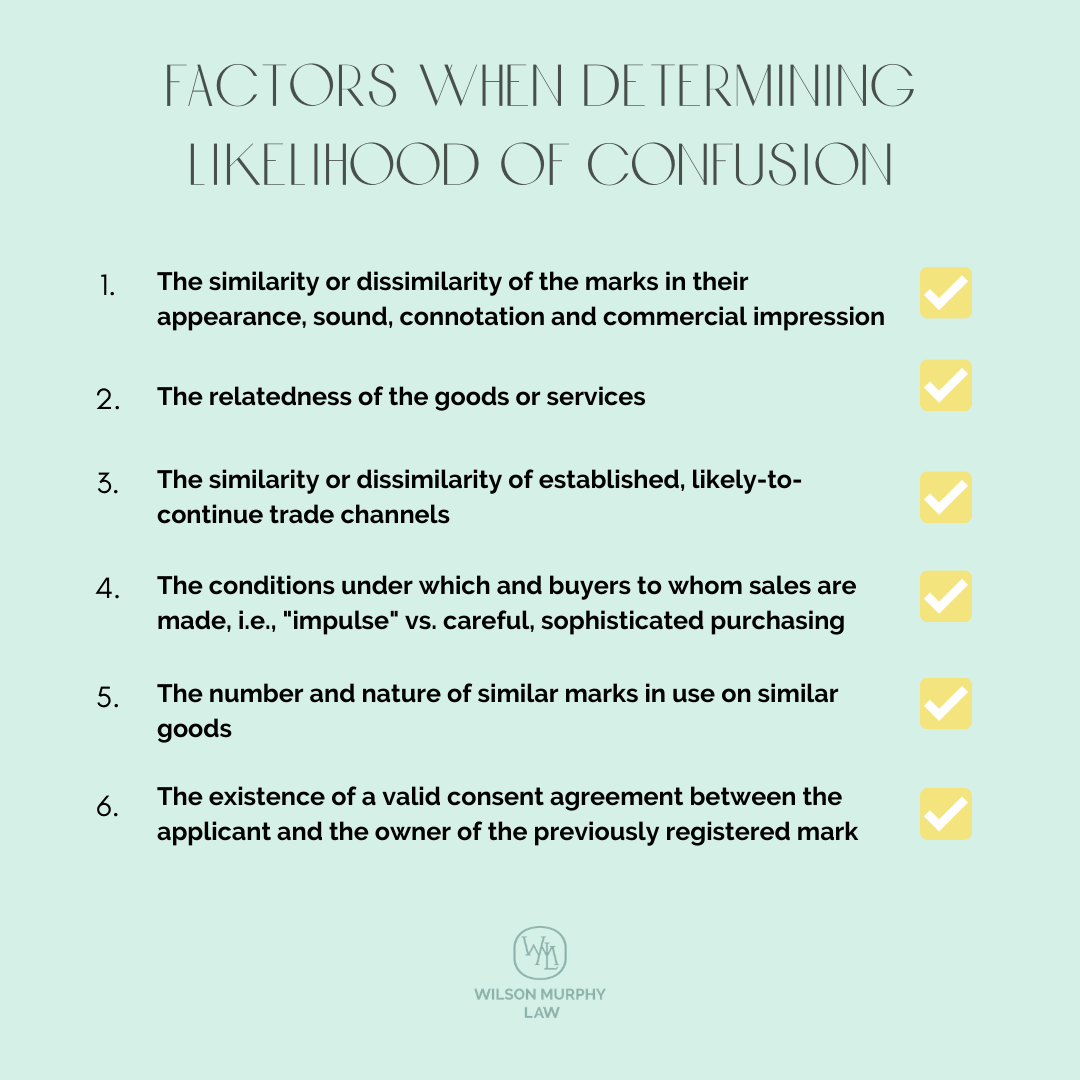 Is there a similarity or dissimilarity of the marks in their appearance, sound, connotation and commercial impression when looking at Gorilla Glue and Gorilla Snot Gel (Moco de Gorila).

Note: Although Moco de Gorila is the registered trademark, in English, it means Gorilla Snot.The USPTO uses the Doctrine of Foreign Equivalents which means that if it translates to a similar registered trademark or pending trademark application, it can still be confusingly similar.

First, I am going to lay out the definitions of confusingly similar that we get through case law. These are some of the laws that the USPTO adheres to when going through your trademark application.

“Marks may be confusingly similar in appearance where there are similar terms or phrases or similar parts of terms or phrases appearing in both applicant’s and registrant’s mark.  See Crocker Nat’l Bank v. Canadian Imperial Bank of Commerce, 228 USPQ 689 (TTAB 1986).

“Even where marks incorporate substantially identical terms, there is no likelihood of confusion if the marks convey different commercial impressions. See In re Hearst Corp., 982 F.2d 493 (Fed. Cir. 1992).” 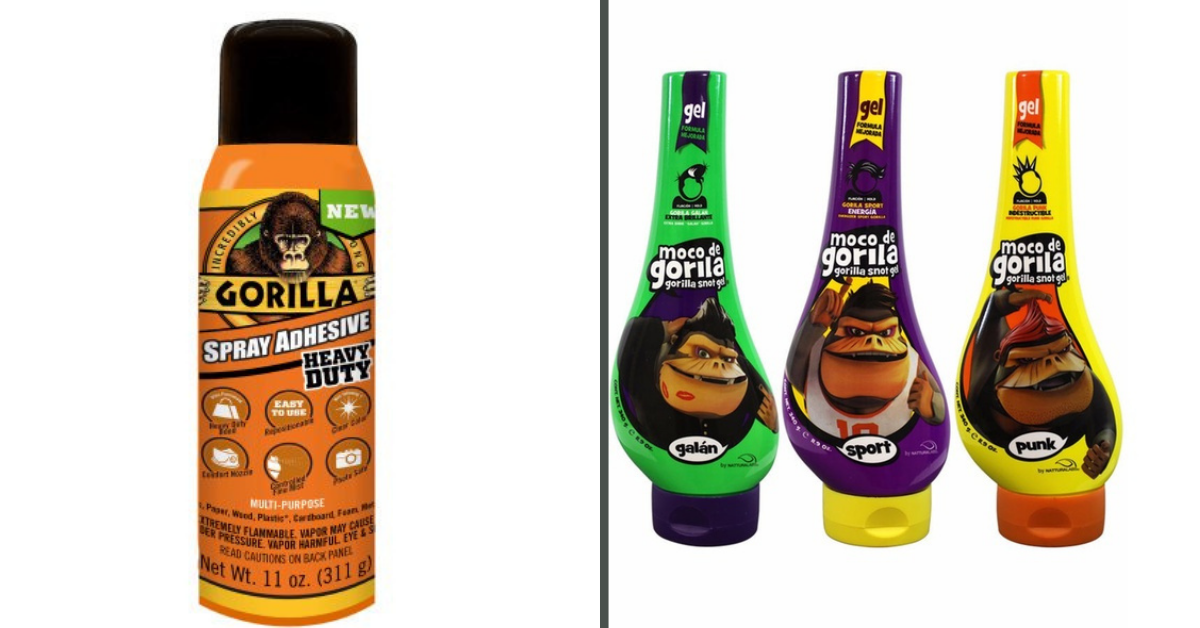 Now let’s just take a quick look at the labels.

When looking at the labels, Gorilla Glue has a realistic looking Gorilla drawing on it. And the Gorilla Snot gel has a more cartoon-like gorilla who’s gesturing his spiky hair.

And even though one of the Gorilla Snot packaging has similar coloring to the Gorilla glue, the shape and dominant colors are different.

Regarding the similarities of the trademark, the USPTO may find them similar, however there are good arguments that can be made to overcome that position.

Relatedness of goods and services

When looking at relatedness of goods and services, the question that needs to be answered is: Would a reasonable consumer mistake that the trademarks come from a common source, affiliation, or connection?

Below is a table of the goods being sold in association with the respective marks.

With respect to the goods here, I don’t believe a reasonable consumer would mistake the two to share a common source.

Even if you go to a store like Target or Walmart, where both products are sold, you would not find these two products in the same area.

It would be unreasonable to believe that an adhesive for industrial and household glue could also be used in hair. Especially, because this type of glue is hazardous to the skin, as warned on the labels of their products.

In conclusion, I do not believe there is a likelihood of confusion between Gorilla Glue and Gorilla Snot Gel.

After analyzing both products, there are arguments on both sides, however, I do not believe that the USPTO would have a reasonable argument against Gorilla Glue and Gorilla Snot gel co-existing.

This is also demonstrated by both trademarks being registered without issue from the USPTO.

As someone who has used both products, I would never believe that I could have used Gorilla Glue in my hair, nor did I ever connect the two as coming from the same source.

What are your thoughts? Do you believe a consumer would believe that both of these products came from the same source?

You can find out more information and fill out the intake form to work with Wilson Murphy Law to register your trademark.

This website uses cookies to improve your experience while you navigate through the website. Out of these cookies, the cookies that are categorized as necessary are stored on your browser as they are essential for the working of basic functionalities of the website. We also use third-party cookies that help us analyze and understand how you use this website. These cookies will be stored in your browser only with your consent. You also have the option to opt-out of these cookies. But opting out of some of these cookies may have an effect on your browsing experience.
Necessary Always Enabled
Necessary cookies are absolutely essential for the website to function properly. This category only includes cookies that ensures basic functionalities and security features of the website. These cookies do not store any personal information.
Non-necessary
Any cookies that may not be particularly necessary for the website to function and is used specifically to collect user personal data via analytics, ads, other embedded contents are termed as non-necessary cookies. It is mandatory to procure user consent prior to running these cookies on your website.
SAVE & ACCEPT