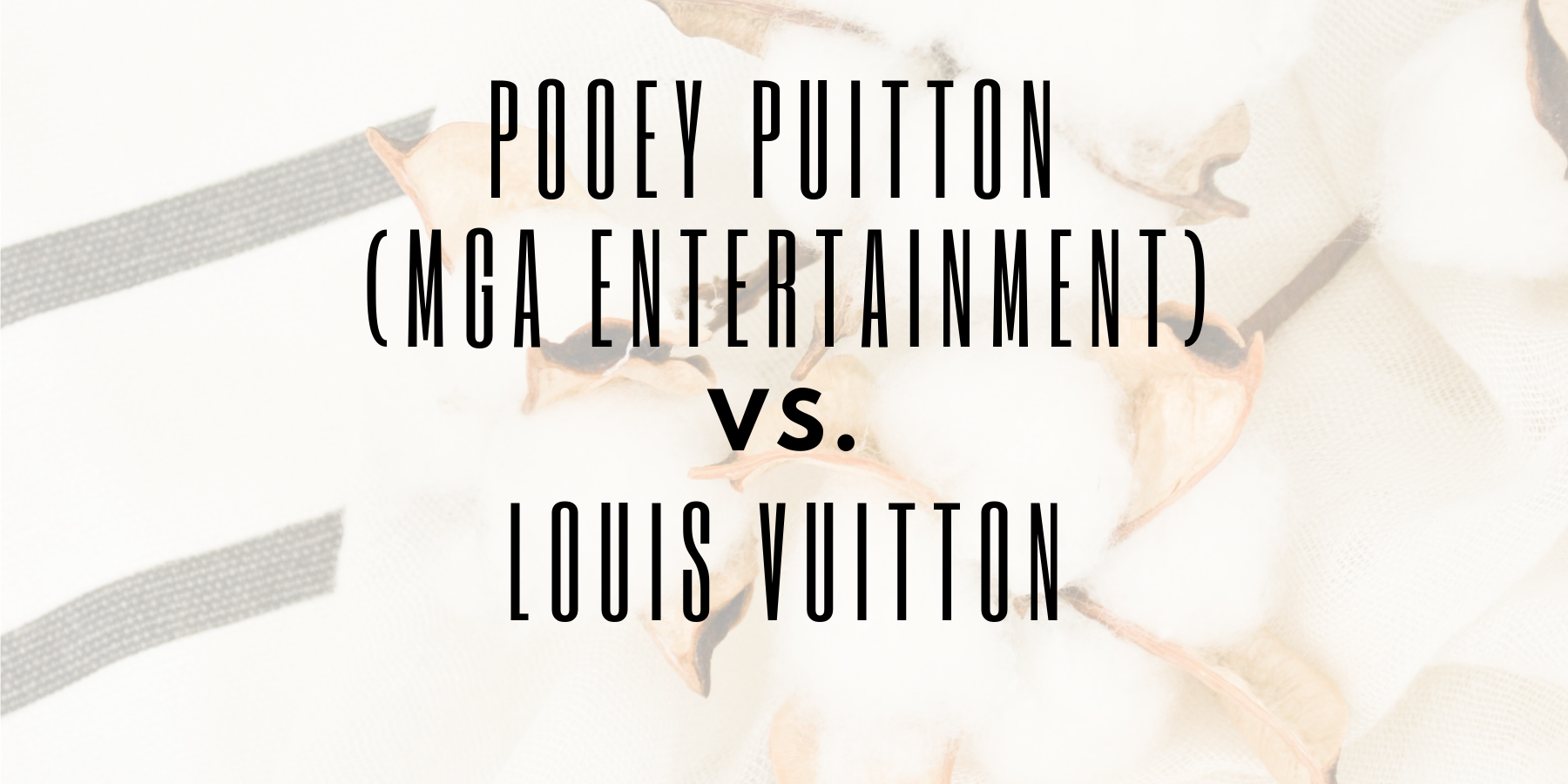 Does the little bag on the right resemble a certain luxury brand’s monogram? Well this is “Pooey Puitton”, which is a toy manufactured by MGA Entertainment. This little toy is a carrier that holds unicorn slime and it was a hot holiday toy this year. On December 4, 2018, MGA Entertainment filed a suit in federal court in Los Angeles.  According to The Fashion Law Blog, MGA Entertainment alleged that, “On or around December 7, 2018, Louis Vuitton claimed to one of MGA’s customers that the Pooey name and Pooey product infringed upon or diluted one or more of Louis Vuitton trademarks”.

MGA Entertainment decided to beat Louis Vuitton to the punch on filing suit before Louis Vuitton could allege trademark infringement. Claiming a parody defense, MGA Entertainment states that the toy is “designed to mock, criticize, and make fun of that wealth and celebrity”.  Also, according to the complaint,“The use of the Pooey name and Pooey product in association with a product line of ‘magical unicorn poop’ is intended to criticize or comment upon the rich and famous, the Louis Vuitton name, the LV marks, and on their conspicuous consumption.”

Since this just happened, I’m sure there won’t be a resolution of this case for years from now. But do you think MGA has a valid defense over Pooey Puitton?

If you want to learn a little bit more about trademarks and how to avoid a denial from the US Patent and Trademark Office, I have a free checklist you can use when you are deciding on your trademark.

Any cookies that may not be particularly necessary for the website to function and is used specifically to collect user personal data via analytics, ads, other embedded contents are termed as non-necessary cookies. It is mandatory to procure user consent prior to running these cookies on your website.